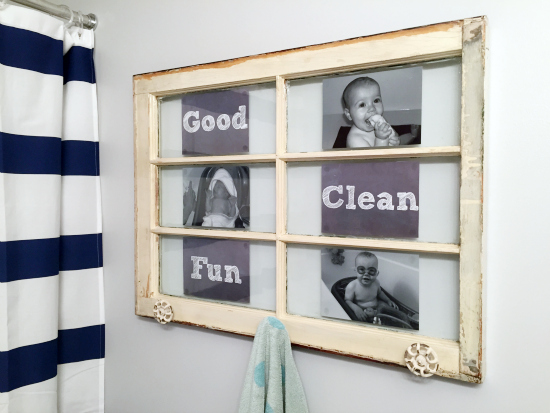 I am SO excited to share what I’ve been working on over the past week. Remember that old window I bought? Well, it’s now hanging in the kids’ bathroom as a towel rack!

The biggest bummer came when it tested positive for lead. Anytime you buy an older piece of painted furniture (or a window), I strongly recommend checking it for lead based paint. I ordered this simple lead test on Amazon. You basically squeeze two points on the stick and rub it on the paint you’re testing. If it turns red, the paint contains lead. 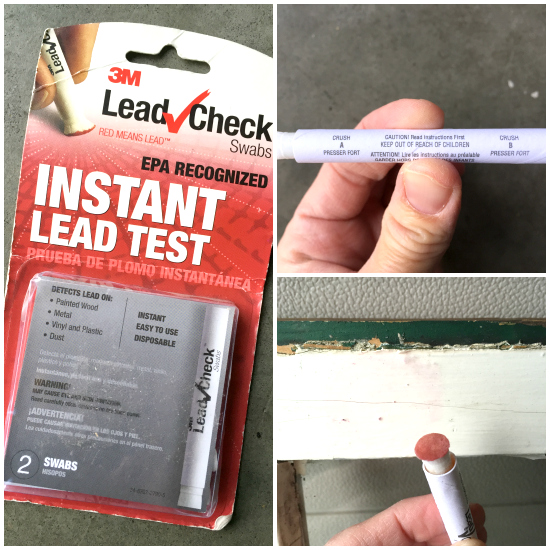 There are a couple options you have when dealing with lead-based paint: Strip it or seal it. After doing a lot of research, sealing it seemed like a much easier option. My mother-in-law was willing to help me seal it with polyurethane down on their farm. They had everything I needed, so I was able to complete the process for free!

We started by putting on masks, eye protection, and gloves as we were starting with unsealed lead paint. I cleaned the window with a damp cloth to avoid lead dust entering the air. There were some areas on the window that needed new caulking, so my father-in-law filled in the spaces. My mother-in-law and I taped off the window glass and I applied a coat of polyurethane to both sides. I really wanted to keep the old chippy look.

***UPDATE*** Over the years, I have learned a lot… and one thing I learned is that polyurethane will turn yellow over time. Therefore, if you are attempting a similar project, I would highly recommend using polycrylic instead, as this will dry clear. 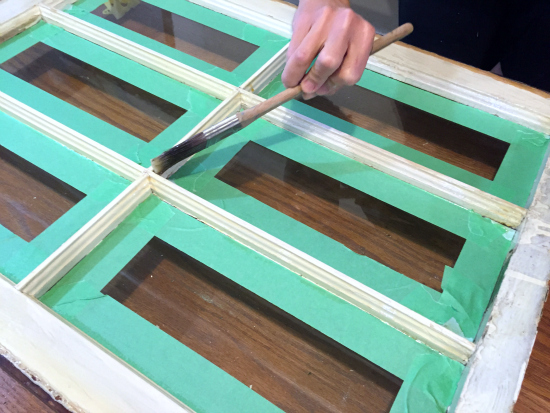 After the polyurethane had dried (a couple days), we added the faucet knobs which act as the hangers for the towels. So cute, right? 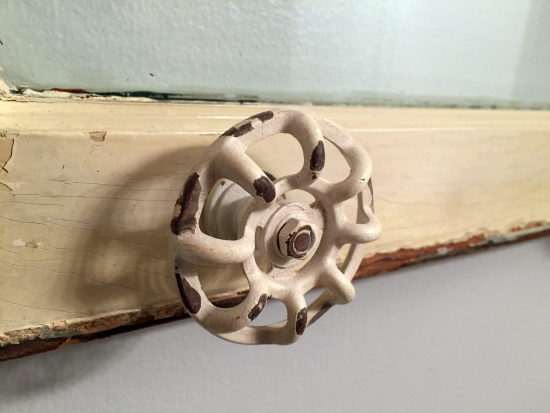 I added some D-ring hangers to the back of the window, and used drywall anchors in the wall because I was hanging something heavy. 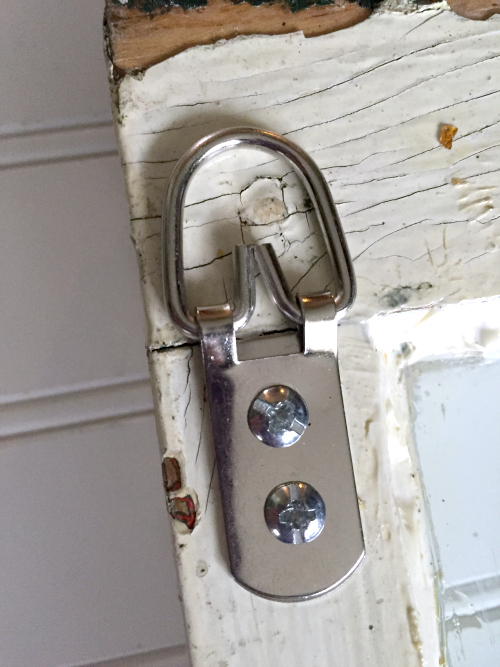 To personalize the towel rack, I printed some black and white pictures of my kiddos in the bathtub when they were little and adhered them to the window with glue dots. I also added a little saying to fill in the blank window panes. 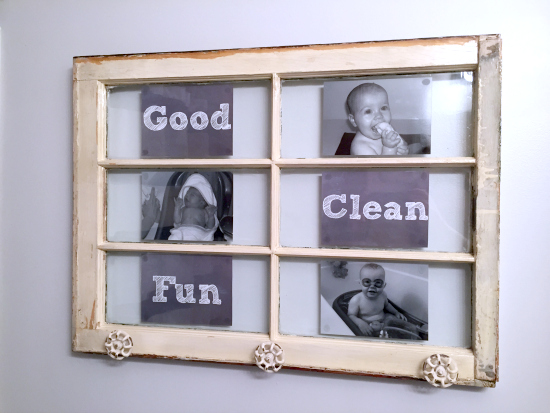 Now it’s up on the wall and ready to use! 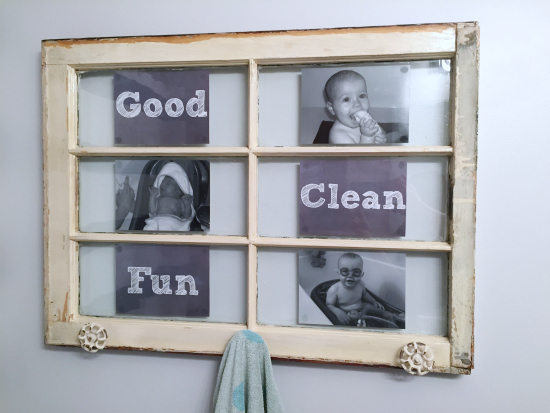 I am loving it! (With a little sneak peek of the new shower curtain.)

The Budget So Far

Last week I had spent $39.07. Here’s the budget for the Window Towel Rack… 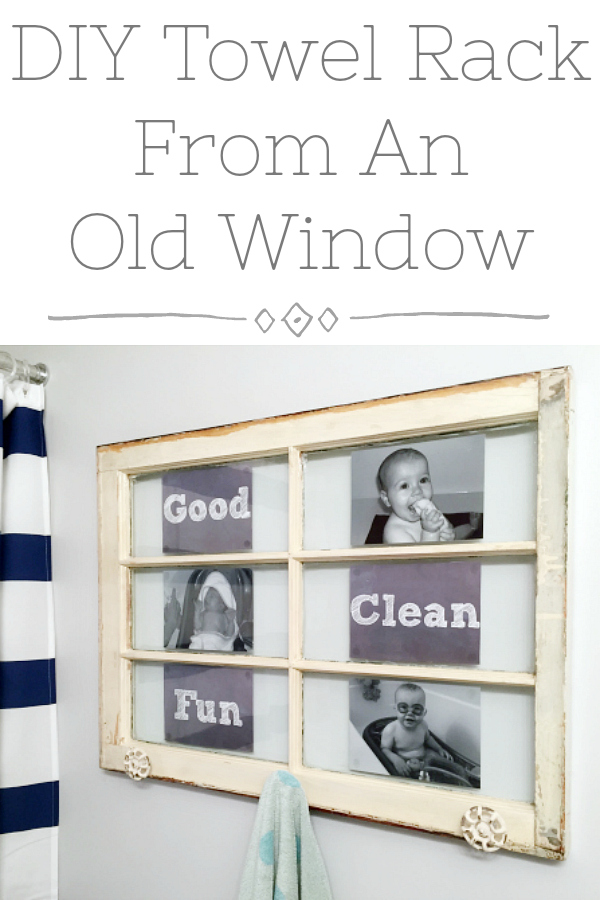