This shop has been compensated by Collective Bias, Inc. and its advertiser. All opinions are mine alone. #RollAwayLint #CollectiveBias 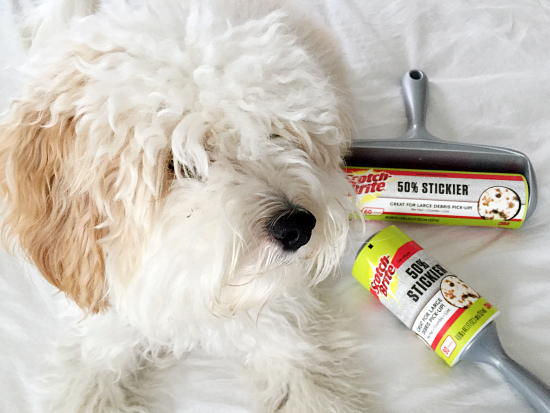 Back in February I shared a post about using a lint roller to dust lamp shades. To date, it is my most viewed post. This got me thinking: What else could I clean with a lint roller? 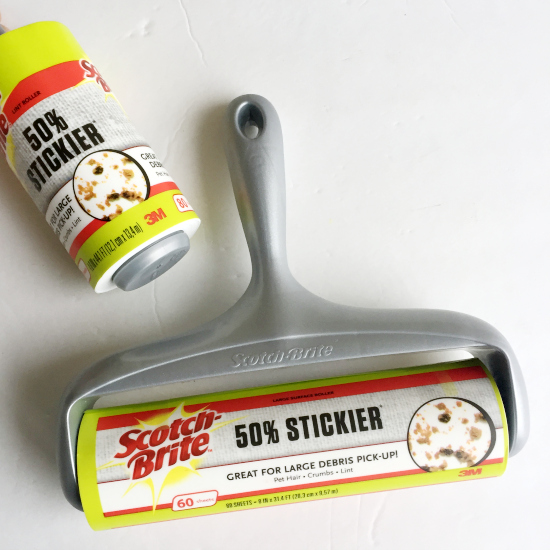 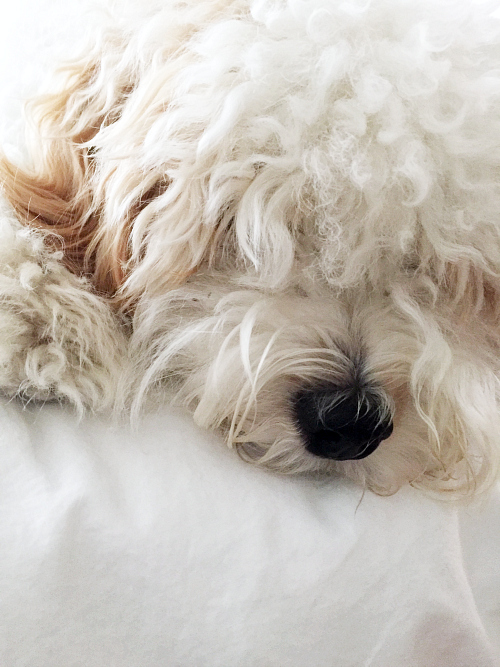 In April of this year, we decided to bring home a furry friend. His name is Coby and he’s pretty much the most adorable thing ever (… and no worries. He’s getting a hair cut in a couple days 🙂 ). Even better, he doesn’t shed. (Hallelujah!)… but, he does like to leave behind a few hair balls after being brushed, and for some reason I cannot get my vacuum to stuck them up. Here’s a look at our rug… after I vacuumed! 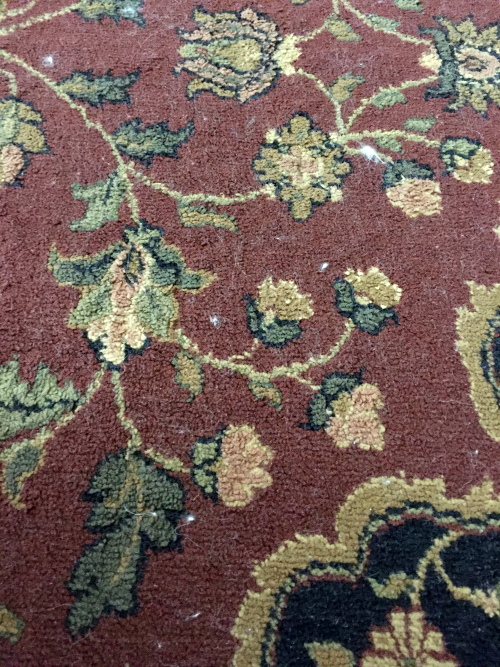 Yea. Gross. So I grabbed my lint roller and look what I was able to pull up from that rug! (And that was just one corner!) 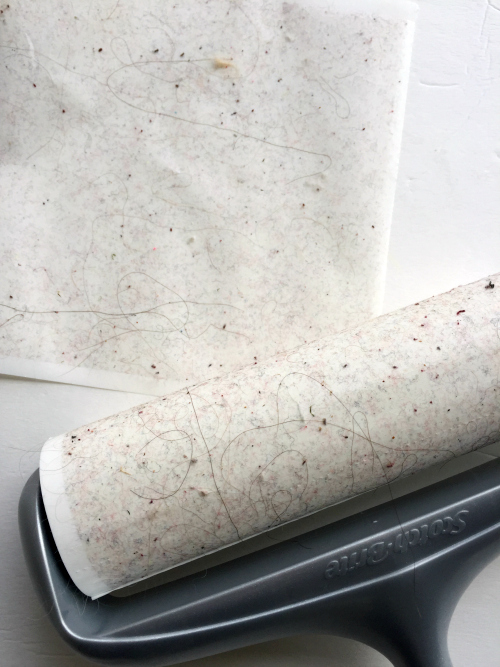 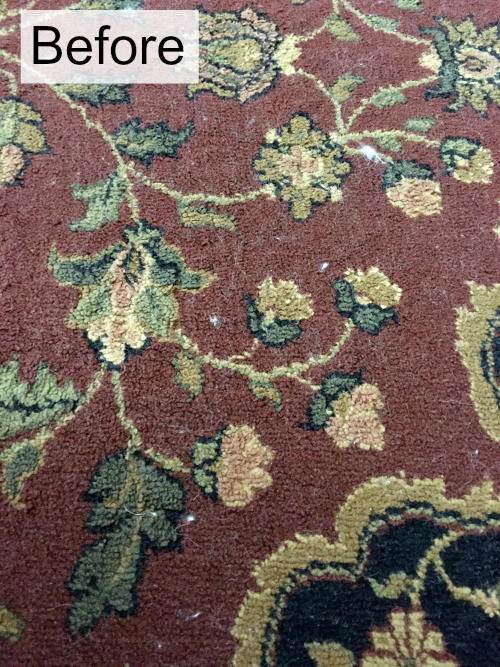 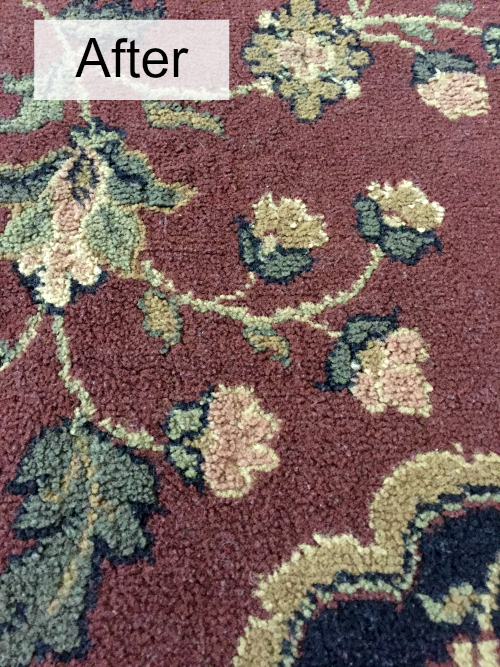 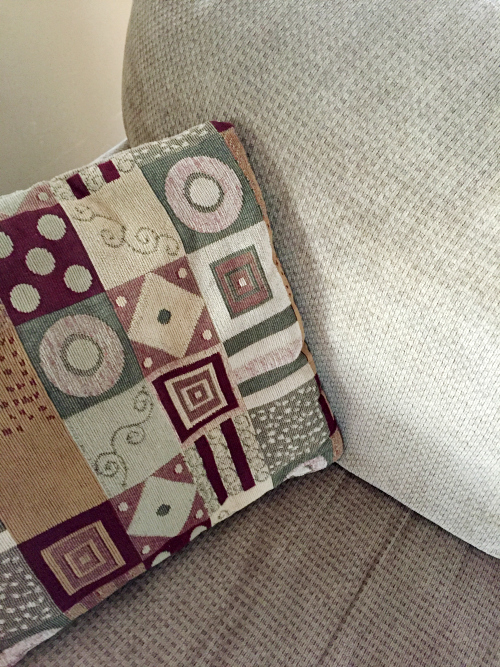 Honestly I didn’t think our couches had much of an issue (remember, non-shedding dog), but I thought I’d roll the lint roller around just to see what I might find. 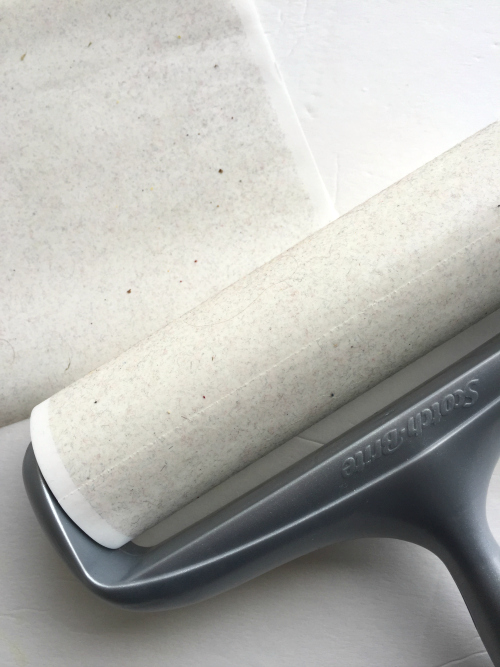 Huh?  Looks like I’ll be adding upholstery cleaning to the weekly cleaning list. … And if you do have shedding friends, think of how well a lint roller would clean up that fur!

Under the Couch Cushions 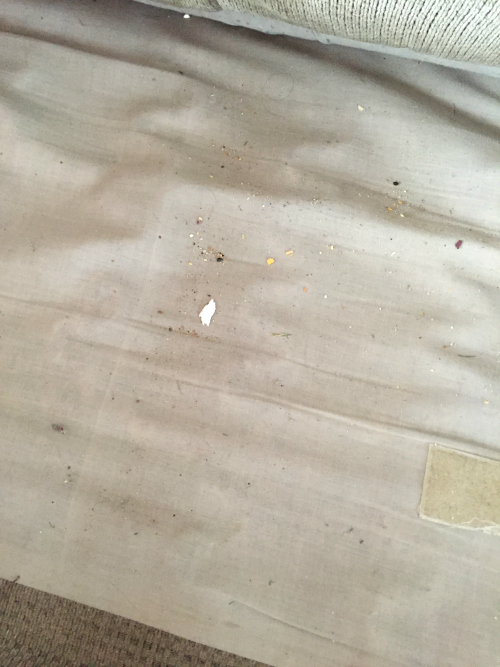 One word: Kids. I blame them for the status of our couch under the cushions. I’ll be honest, I was hoping to find large amounts of change to pay for Christmas presents, but instead I got this: 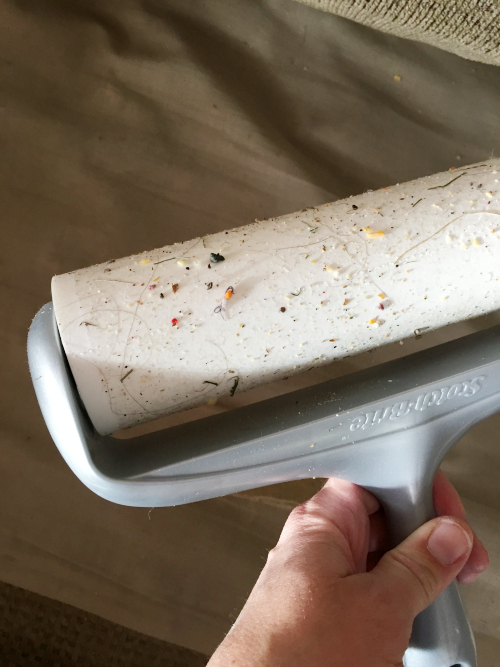 Not nearly as pleasant, but do you see the size of the stuff that lint roller pulled up!? 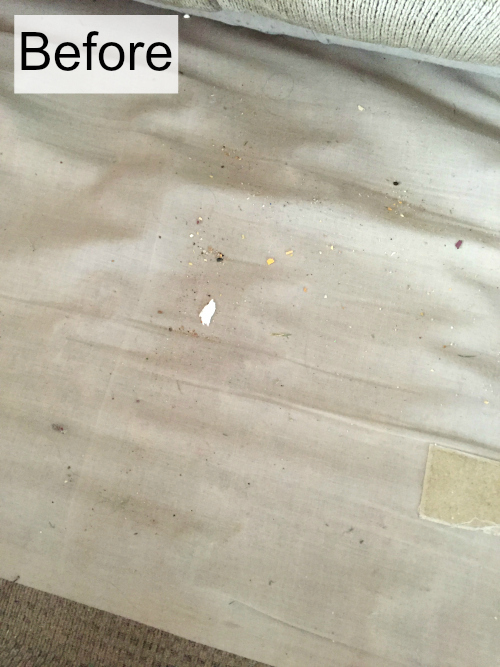 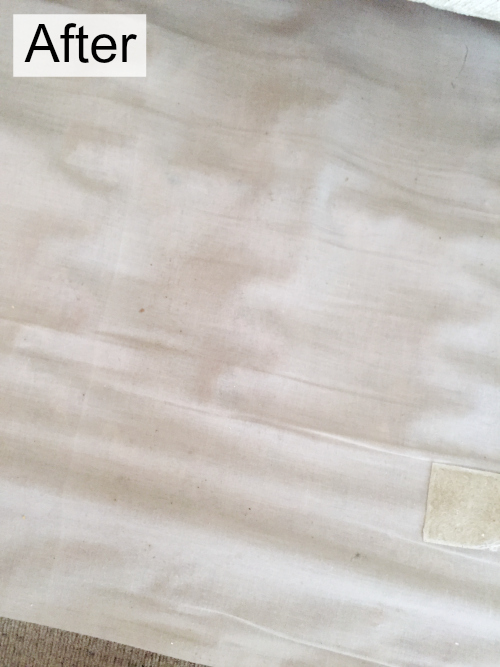